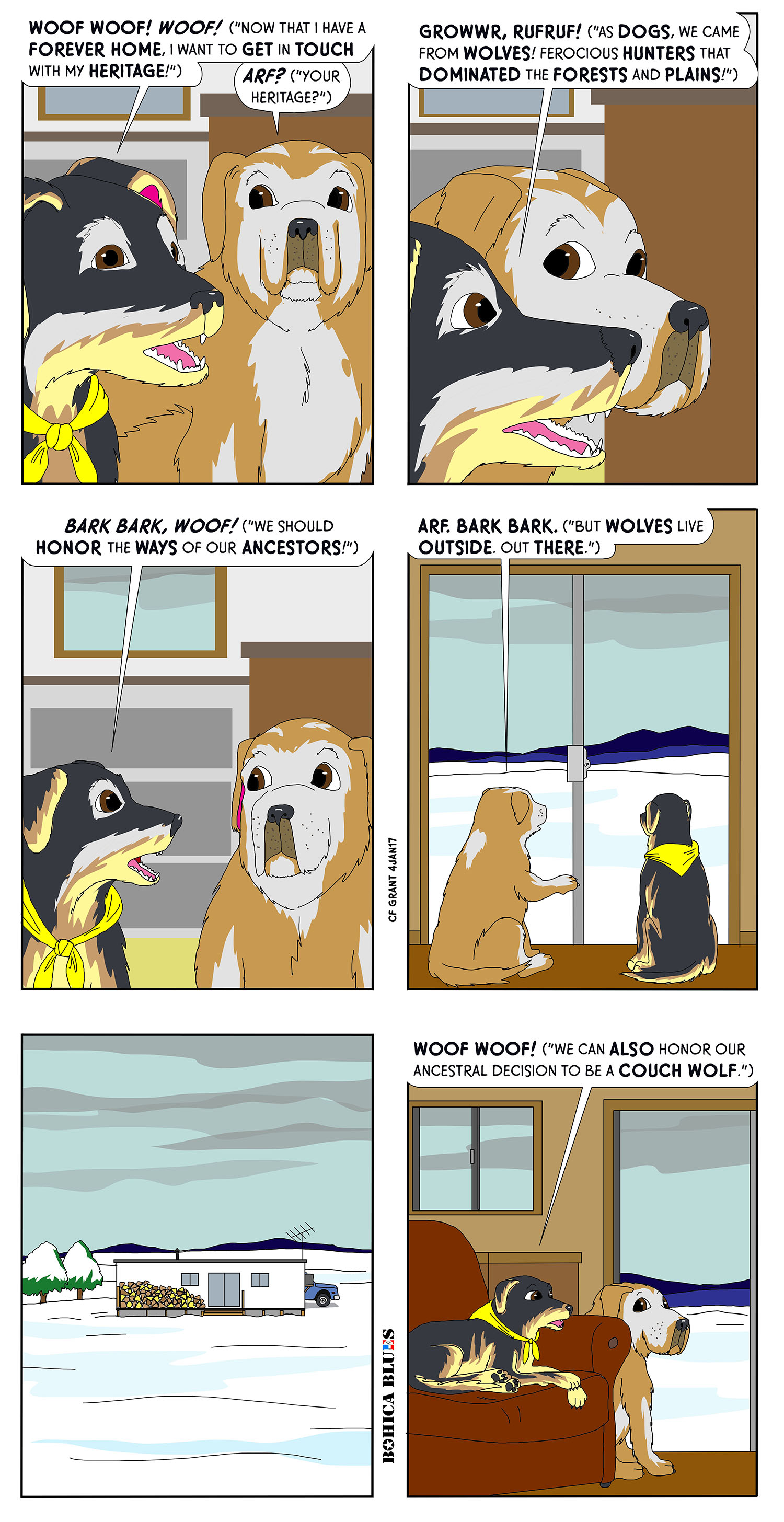 The tale of human and dog goes way, way back– no one really knows exactly when canidae started to make the switch from wolf to dog, or what the selection process was or even which species initiated it (there are some hypotheses that certain wolves selectively chose to hang out closer to human camps on their own, and humans later accepted them in). Whatever the selection was or who started it, I’m glad it did; I’ve had many dogs in my life and they are truly wonderful companions.

That said, dogs have come a long way from wolves since the genealogical split. Research has shown that dogs, when confronted with a puzzle they couldn’t solve on their own, will turn to humans for help. Wolves, even raised in captivity, will ignore a human standing nearby and continue to try to solve the puzzle themselves or give up. Dogs can recognize more human facial expressions than any other animal– they are truly our companions. The wild may be bred out of them, but I think both species have gained much in return. I’ve heard it said that “dogs are our eternal children”.

Hopefully no one minds my philosophical meanderings on dogs for an episode; Butter has a good life now and I will account for Sadie in a future episode. They’ll be re-visited from time to time but their Military Working Dog phase is over and now it is time for retirement. I’m a big fan of adopting rescue and shelter dogs, and I’ve mentioned retired military dogs being up for adoption… but in some circumstances, also consider an older dog, one that may not be up for a run through the field any more but would love a warm and comfy spot on a rug or maybe even a couch– consider giving an old friend a chance to rest.